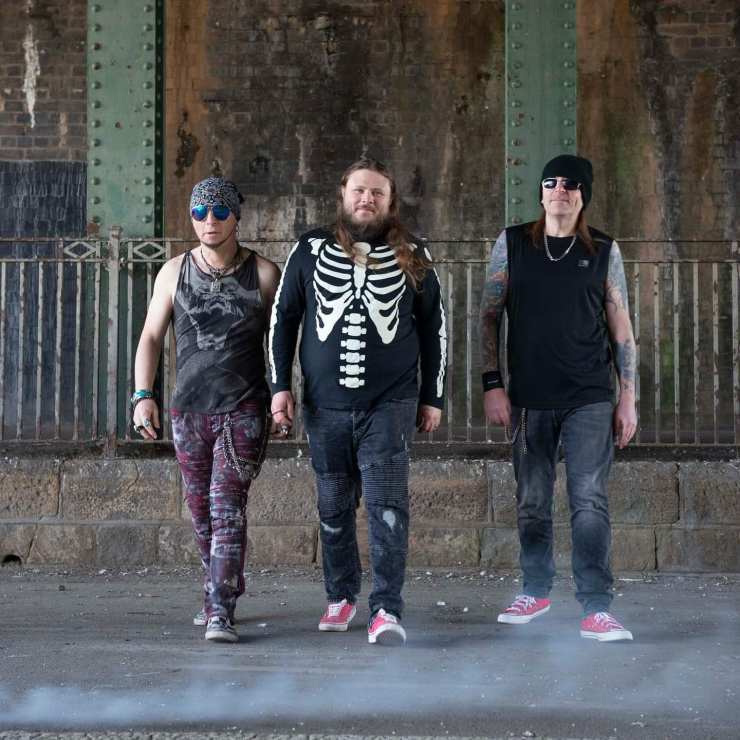 Blitz Biog update. Blitz returned to Axis studios with producer Matt Ellis known for his work with Massive Wagons and many breaking UK Rock bands. The album gained a tidal wave of positive reviews worldwide. The album was released by KSM Records and Entertainment. Blitz soon set about filming videos for tracks Waiting For A Miracle, Breaking Out, Dance on Fire and One in a Million which received views of 100,000 online filmed by Jay Hillayer of Black Star Riders and Wayward Sons fame. Blitz were taking over the air waves and nothing could stop them, that is until the world was besieged by the CoronaVirus, Blitz regrouped and came back by recording a Song in Lockdown to reconnect with their audience ( The Blitz Crew), and reconnect they did with a song called We’re All Right, fans from across the world sent in pictures holding banners proclaiming WERE ALL RIGHT, Brazil, Japan, Korea, Italy, USA, UK, the song was a smash, a true feel good Juggernaut. As 2020 comes to an end Blitz once again decided to go against the grain and record a Xmas song, the song DO YOU BELIEVE IN CHRISTMAS, has been called by Derby Times Kevin White “ The best xmas rock song since Slade and the Darkness. All proceeds go to Cancer UK at these difficult times, everything helps, at a time when people are struggling, Blitz strives to put some positivity out into the world/ universe. Blitz aren’t just a band they are a state of mind that embraces the true spirit of Rock n Roll a musical entertainment extravaganza. Is Rock n Roll dead shout HELL NO.